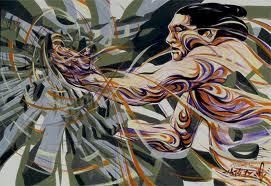 Carl Lockett is a Bay Area legend. A musical child prodigy, Carl started out as a drummer, then went to the guitar. By the age of 14, he was playing gigs around the Bay Area, even opening for the legendary Redd Foxx's comedy shows. For over 4 decades, he has made a name for himself in the music industry.
Eternally youthful, and upbeat, he still wears his passion for music on his sleeve. At his live shows, if you watch closely, you'll often see him break into a big grin, the music just gives him that much joy.

Carl has played live, and on studio albums with Chuck Mangione, Randy Crawford, Jimmy Smith, Joey DeFrancesco, Hank Crawford, Jimmy McGriff, Plaz Johnson, Tammy Terrell, Esther Phillips, The Platters, The Ink Spots, Big Mama Thornton, Jackie Wilson, The Drifters, Papa John Creach, Brook Benton, Dakota Staton, The Coasters, Bill Summers, and David Ruffin. His complete mastery of his instrument and his class and talent,has had him in diverse settings, ranging from a perfect third in a traditional organ trio (Touring with Jimmy McGriff, and Jimmy Smith), to sitting in for Jerry Garcia when Jerry was unable to make a gig with David Grisman.

In the past he has played the North Sea, Montreaux, & Monterey jazz festivals, all three Blue Note Clubs in Japan and the 1980 Winter Olympics. His impressive career includes a motion picture role as a nightclub band member in the Academy Award nominated Peggy Sue Got Married, and an appearance on The Tonight Show performing with Chuck Mangione. His soundtrack work includes performing on The Twilight Zone with Merl Saunders, and Cannonball Run with Burt Reynolds. Recently he played the 2007 Monterey Jazz festival with Joey DeFrancesco, and played gigs with noted B3 masters, Dr. Lonnie Smith, and Akiko Tsuruga.

Fate took Carl to Battle Creek Michigan. Some of the guitar techs from the Heritage guitar factory in Kalamazoo Michigan, were in the audience, and after the gig invited him to the factory. There they requested to sponsor Carl, and took his order for a custom made Heritage Golden Eagle, compliments of the Heritage Co.
This world class musician is currently in the studio, laying down tracks, for a soon to be released project and performing live. 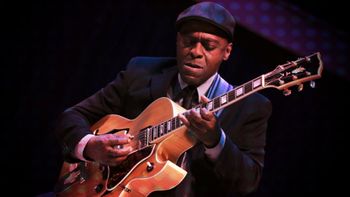 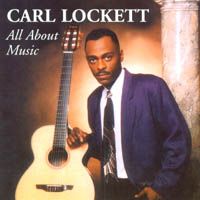 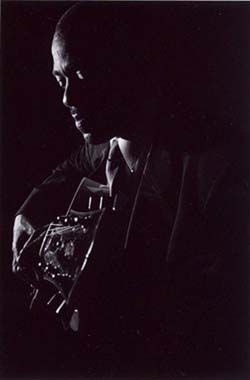 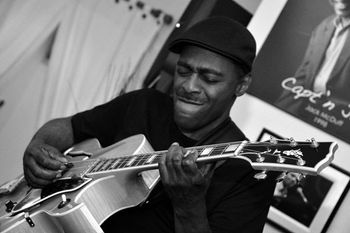 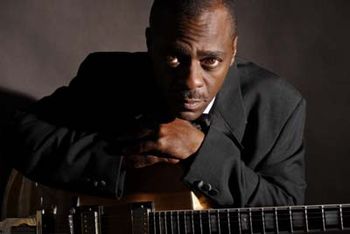 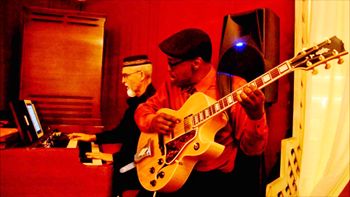 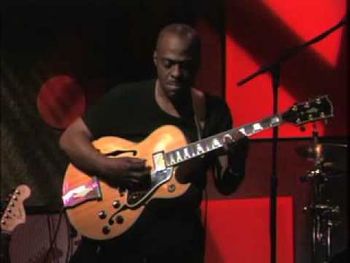 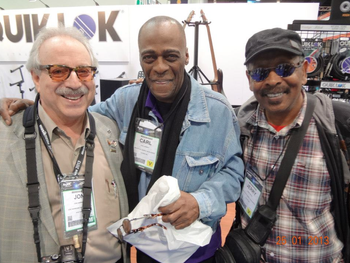 SF to Algeria Vinyl 45", 2 Sides, with 4 select tracks from the original "All U.S..." album. Limited Edition sleeve artwork is from original album.